Australia Zoo is a 100 hectare (40 ha) zoo located in the Australian state of Australia on the Sunshine Coast near the Beerwah Mountains / Glass House. This is a member of the Zoo and Aquarium Association (ZAA), and is owned by Terri Irwin, widow of Steve Irwin, whose wildlife documentary series The Crocodile Hunter makes the zoo a popular tourist attraction. The zoo is run by Director Wes Mannion.

The Australian Zoo was opened by Bob and Lyn Irwin on June 3, 1970 under the name Beerwah Reptile and Fauna Park. Their son, Steve, has been helping his parents since he was young to treat crocodiles and reptiles and to keep growing numbers of animals at the zoo. In 1982 the park was renamed Queensland Reptile and Fauna Park and the area was duplicated by purchasing 4 more hectares (1.6 ha). Steve and Terri changed the name of their wildlife park which is now developing into the Australian Zoo. Because filmmaking generates additional funds, Steve and Terri put all the money earned from making films and merchandise into conservation and building new exhibitions.

Australia Zoo won the Australian Tourism Awards for 2003–2004 in the Main Tourist Attraction category. In 2004, the Australian Animal Hospital opened next to a zoo to help care and rehabilitate animals. Recently, zoos were finalists in two categories for the Queensland Tourism Award 2010. Visitors will see various types of birds, mammals and reptiles, and can see crocodile food, feed elephants, and have direct encounters with animals. In 2009 as part of the Q150 celebration, the Australia Zoo was announced as one of the Q150 Queensland Icons because of its role as "location".

Every changing angle reveals the discovery of other amazing animals with world class scope and abundant interactive opportunities. Children will love feeding kangaroos, camels and farm animals, and a unique wilderness team that wanders will personally introduce you to snakes, talking parrots, baby crocodiles, lizards and all kinds of mammals as you navigate your way through 28 hectares and visit more than 1000 animals.

At the Australian Zoo, with more wildlife and entertainment than you can imagine, With more than 1,200 animals and a pile of events every day, you will get your action and adventure in one epic place. Get straight away with cuddly koalas, wombats wandering, snake snakes and cute kangaroos. Get to know beautiful tigers, or take your photo with their graceful eagle. 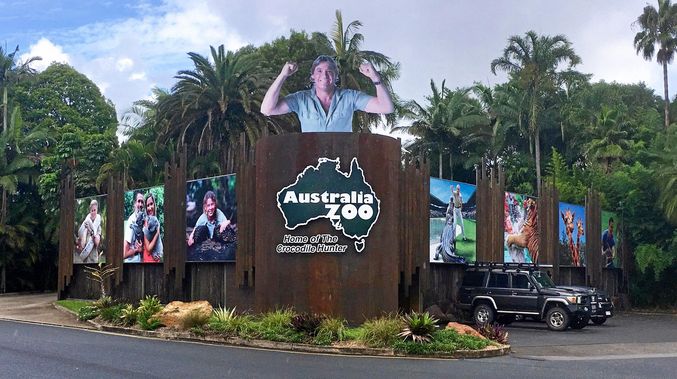 What NOT To Bring

Australia
Australia Zoo
Zoo
Queensland
Subscribe to our newsletter and get AUD 10.00 off your next purchase and be the first to know about Dreamtour's latest promos!