Experience hiking up the Sydney Harbour Bridge. More than 3.5 million visitors from more than 137 different countries and regions have climbed the southern half of the bridge. Four different incline types are offered, as of December 2017. The BridgeClimb, which was originally the only choice, takes guests to the top of the bridge along the upper arch on a round trip which takes more than three hours, including preparation time.

was introduced in 2014, for those who lack time or worry about height: in just one and a half hours, climbers climb into the inner arch to a unique viewpoint halfway up. Different route options are available in time-day variants: dawn, afternoon, dusk and night.
There are more than 4,000 proposals on the top of the bridge and the couple also has the option to get married on the bridge, 134 m (440 feet) above Sydney Harbor. This experience has also attracted many famous actors, musicians and members of the kingdom, including the cast of The Biggest Loser, Kylie Minogue, Zac Efron, Nicole Kidman, Robert De Niro, Prince Harry and more recently Oprah Winfrey and Zoolander (Ben Stiller).

Climbing on the Sydney Harbor Bridge will truly be an impressive sport. You will start from Climb Base under the Bradfield Highway to the southeastern pole via the catwalk. While looking at the very heavy traffic below, you will start up four stairs to the beginning of the upper arch. From there, continue climbing the outer arch of the bridge until it reaches the top. For those of you who want something more challenging and who are a bit afraid of heights, this 3.5-hour tour will give you plenty of time to adjust and enjoy the panoramic views of the Opera House, Circular Quay and the city of Sydney. After you and the team celebrate the success of climbing, cross again to the side of Darling Harbor and slowly descend towards Climb Base. BridgeClimb also offers special climbs for several Sydney events, such as Climb Climb, Ferrython Climb on Australia Day, or Anzac Day Dawn Climb.

Imagine taking in the dazzling blues of the harbour, the iconic whites of the Sydney Opera House, and the lush greenery of the Domain as you ascend the steel grey arches of the Coathanger. It’s the classic view that has won hearts all around the world!
Sydney is full of surprises, and you never know what else you might get to experience when you climb the Bridge during the day. From the hum and buzz of Sydneysiders going about their day, to cruise ships passing below, or local birdlife stopping by to beat you to the summit – there’s plenty to experience climbing the Bridge during the day. From a practical side of things, there is also more opportunity to jump on a Climb if you don’t have much time in Sydney, because there are loads more Climb departures during the ‘day’ compared to the other times!

Here’s a time of day that needs no introduction – everyone loves a good sunset! They do come in all shades and sizes, and no matter the date, experiencing the day transition to night is a really special time to be 134m high above the harbour.

Anyone over eight years old and in good health can climb. There is no maximum age, with the oldest climber 100 years old. The most frequent climber at ClimbClimb is Lloyd Poulton, 85, who made the climb 50 times in August 2012. 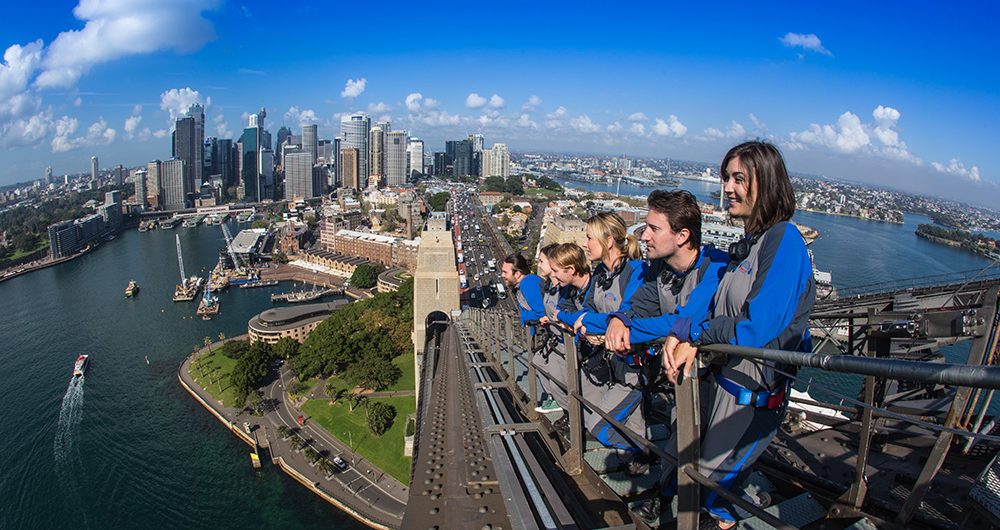 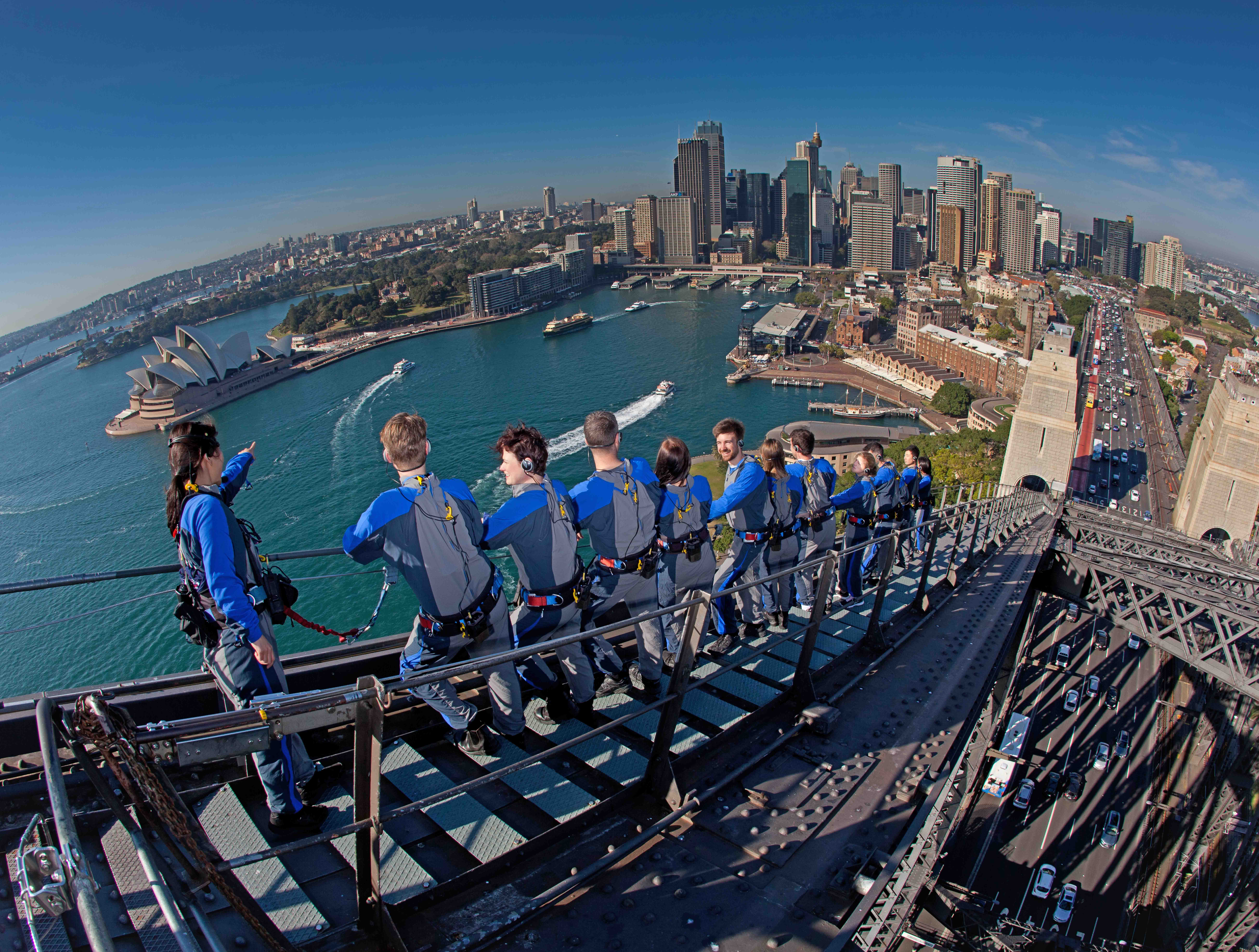 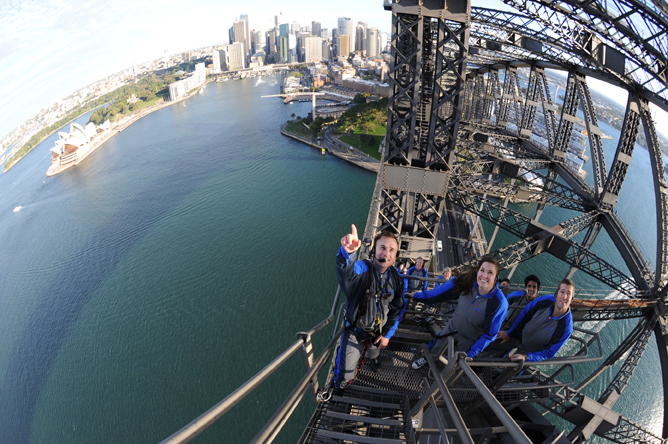 Sydney
Australia
Sydney Harbour
hiking up
Sydney Harbor Bridge
The BridgeClimb
BridgeClimb Express
BridgeClimb Sampler
Subscribe to our newsletter and get AUD 10.00 off your next purchase and be the first to know about Dreamtour's latest promos!