Jenolan Cave is the oldest cave in the world if the trip to the Blue Mountains is incomplete without visiting this place, the stones are eroded into different shapes from year to year and become more mysterious by atmospheric lighting, Jenolan Cave including Gua Lucas, Imperial Cave, and Chifley, each of which has its own variety of stories.

Imperial cave
Jenolan Undergroun River - Imperial CaveOur Easiest Cave Tour. The Imperial Cave follows an ancient river passage.  It is a wonderful, memorable experience for people of all ages, including children.  As the path is mostly level, with short sets of stairs, it is the best cave for less mobile or elderly visitors. Cave features include `The Sinkhole`, `Ridleys Shortcut` (with a story on how it got its name), `Lot`s Wife`, the `Alabaster Column` and the dramatic` Crystal Cities` which looks like an ancient fortress. And as its name suggests, the `Shawl Cave` is filled with delightful cave shawls.When the floor of the Imperial Cave was excavated in 1975, bones were discovered. The bones of a Tasmanian Devil (long extinct on the mainland) and a Wallaby are on display. As you walk through the cave, you can also see marine fossils embedded in the limestone roof and walls.This tour includes an visit to the northern `Jenolan Underground River`, via a 66 step spiral staircase. This part of the tour is optional for less mobile visitors.

The Lucas Cave
Massive Caverns! Large groups can easily view the massive chambers of the `Lucas`  - our most visited cave.  This spectacular cave includes the most photographed limestone formation at Jenolan, `The Broken Column` and displays a wide range of huge cave formations. If you have time to visit only one cave, the Lucas is one of our most amazing, offering variety, our highest and widest caverns plus a glimpse of the pure underground river. Visitors walk several flights of stairs to gain access to the Lucas cave.  But once inside, the walk becomes less strenuous.  There are many rest stops where you can enjoy fantastic sights. If you have mobility difficulties, we recommend you view one of our easier caves. The Lucas Cave`s highest chamber, `The Cathedral` (54 metres high), is often used as a unique wedding venue. This awesome chamber is reputed to have the best acoustics of any performance space in the world. Therefore, we often use it for musical concerts and theatre.

Chifley cave
The `Wow` Factor! "Just like being inside some enormous creature`s body!" - visitor comment. The Chifley cave is a treasure trove of amazing sights and surprises, featuring large chambers, many richly draped in colourful limestone crystal. The Chifley displays all the stunning limestone formations for which Jenolan is famous, including delicate straws. One of Jenolan`s best examples of exquisite `spar` crystal can be seen in the Chifley. One of our shorter and less strenuous cave tours, the Chifley amazes young and old.  This tour does not retrace its path, so you always wonder what is around the corner. The Chifley has a fascinating history, and was the first cave in the world to be lit with electric light - as early as 1880. In fact it was one the earliest places in the world to use light bulbs - remarkable at the time. Two of its beautiful grottoes are still illuminated with historical coloured lights, a reminder of its unique heritage - children find these fascinating. 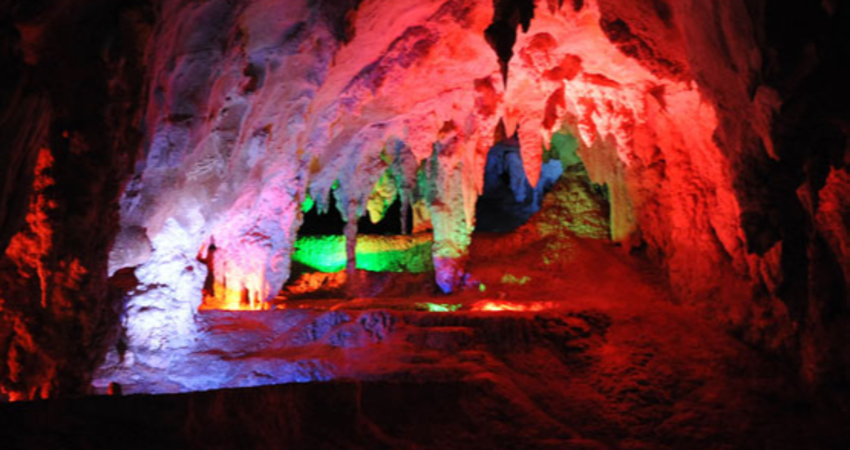 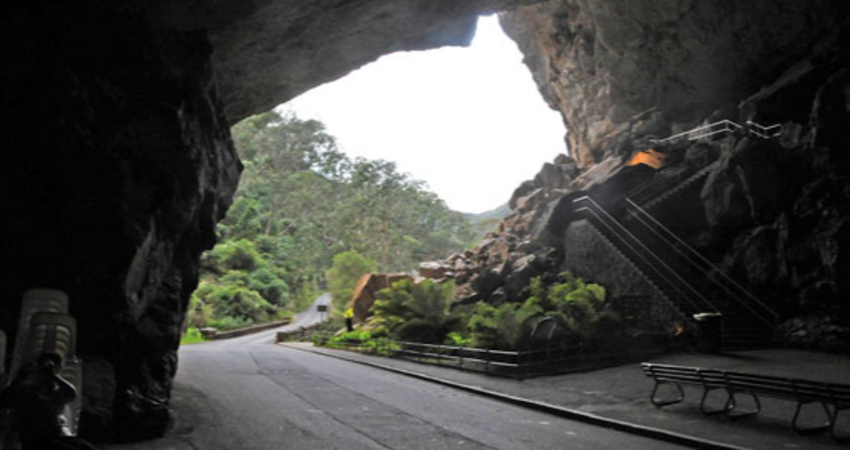 Jenolan Cave
Imperial cave
The Lucas Cave
Chifley cave
Subscribe to our newsletter and get AUD 10.00 off your next purchase and be the first to know about Dreamtour's latest promos!