The Russell Falls, a tiered cascade waterfall on the Russell Falls Creek, is located in the Central Highlands region of Tasmania, Australia. The Russell Falls are situated on the eastern boundary of Mount Field National Park, 100 metres (330 ft) downstream of the Horseshoe Falls, approximately 70 kilometres (43 mi) northwest of Hobart via the Brooker and Lyell highways. Accessible by a paved walking track, the falls are a popular tourist attraction. The waterfall descends over horizontal marine Permian siltstone benches, while the vertical faces of the falls are composed of resistant sandstone layers.

They were first named the Brownings Falls after the original discoverer, circa1856, but were known as the Russell Falls after 1884, by which time they were already a popular tourist attraction. The Falls Reserve was established in 1885 and in 1899 the Russell Falls were selected as one of eight images to be used on a set of pictorial postage stamps, aimed at promoting the then colony's growing tourist industry.

Immerse yourself in wilderness, waterfalls and wildlife on this amazing tour to the pristine rainforest of Mt Field National Park. Heading north-west from Hobart along the beautiful Derwent Valley, enjoy sights of native birds and quaint towns. Travel through dense rainforest fern glades and experience the stunning Russell Falls located in the Mt Field National Park. Take a stroll beneath the huge fronds of the forest canopy before time for lunch (own expense) at the Waterfalls Cafe and return journey to Hobart. 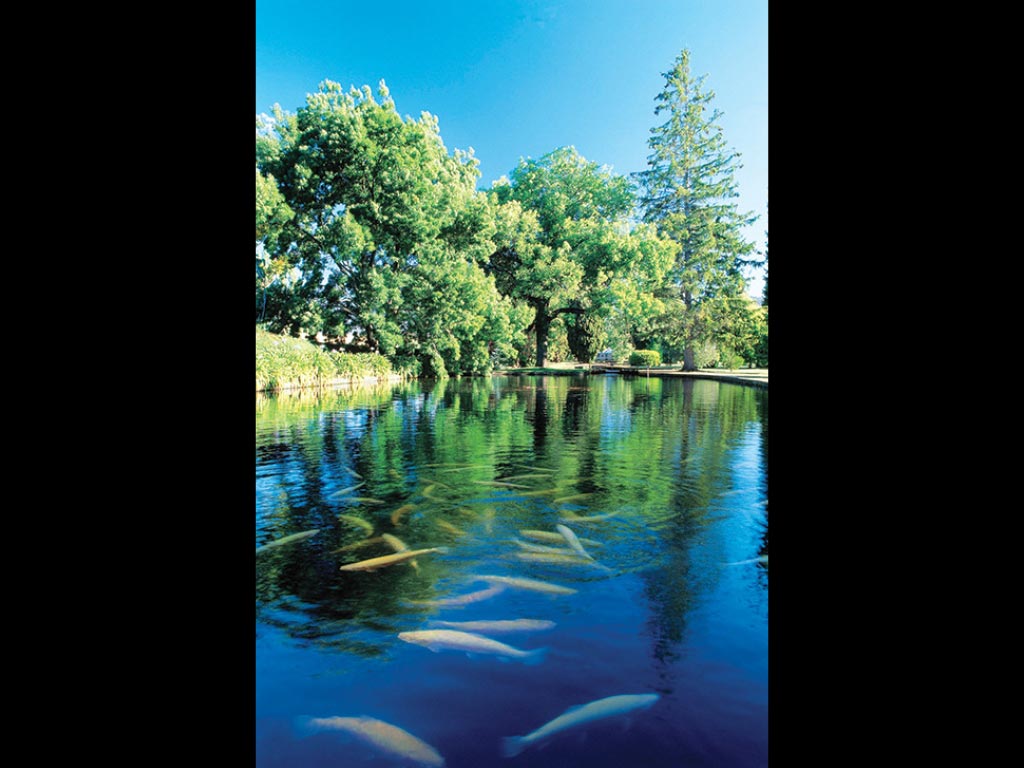 Australia
Dtim
Russell Falls
Central Highlands region of Tasmania
Mt Field National Park
Subscribe to our newsletter and get AUD 10.00 off your next purchase and be the first to know about Dreamtour's latest promos!