The Melbourne Star (previously Southern Star) is a giant Ferris wheel in the Waterfront City precinct in the Docklands area of Melbourne, the state capital of Victoria, Australia. Described by its operators as "the Southern Hemisphere's only giant observation wheel", it is 120 m (394 ft) tall and has seven spokes, reflecting the seven-pointed star of the Australian flag.

It opened two years behind schedule in December 2008, but closed 40 days later due to structural defects, and was subsequently dismantled for major repairs. The wheel itself was scrapped and replaced, but the original support structure and passenger cabins were retained. It was originally thought that reconstruction might be completed in late 2010, but repeated delays meant it did not reopen until 23 December 2013.

A ride (one complete rotation) takes 30 minutes and, according to the Star's website, provides uninterrupted 360-degree views of up to 40 kilometres (25 mi) "encompassing the Docklands precinct, Melbourne’s CBD, Port Phillip Bay and as far as Mount Macedon, Arthur’s Seat and the Dandenong Ranges.

Flights on the Melbourne Star are a spectacular way to get your bearings, with uninterrupted 360 degree views of the unique attractions and the Bay before you. Victoria’s nearby regions, from the Dandenongs to the You Yangs, to the Mornington Peninsula and nearby Port Phillip Bay, invite curiosity and exploration, an outstanding outlook across all points of the compass.

Relax in the Star Departure Lounge before or after your flight and enjoy a fabulous Melbourne Coffee or a glass of Australian sparkling, red or white wine. The largest solid steel construction in the world, the Melbourne Star is an engineering wonder. It is a one-of-a-kind in the world, and its seven pointed star design, echoing the seven stars of the Australian flag, is an iconic feature of the Melbourne skyline. The L.E.D. light show every night highlights the star within a star design, a kaleidoscope of colour on Melbourne’s skyline. 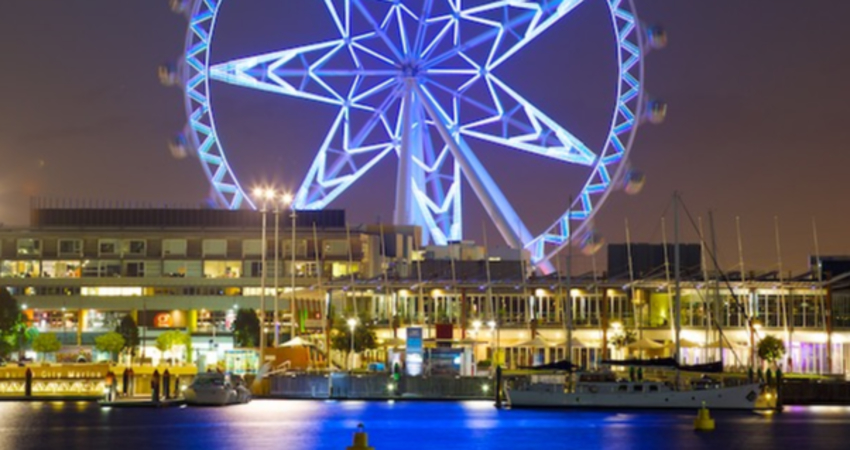 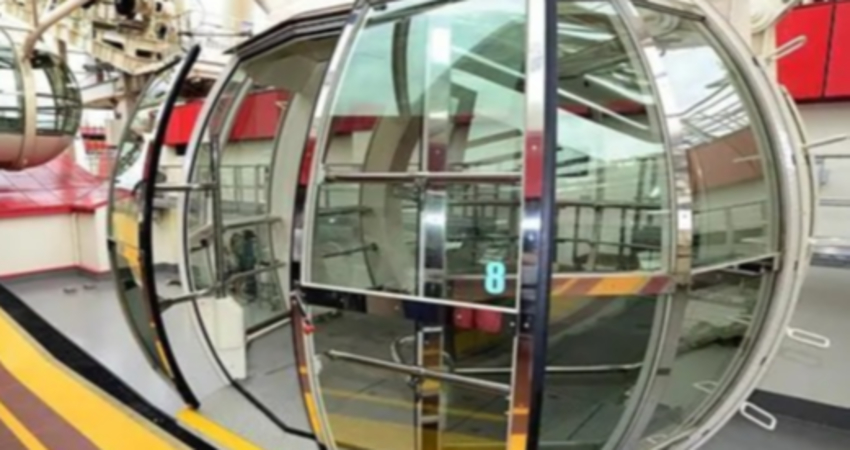 Due to operational requirements, the following items are not permitted to be taken into cabins

Melbourne Star
Southern Star
giant Ferris wheel
Waterfront City
Docklands area of Melbourne
Victoria
Australia
Subscribe to our newsletter and get AUD 10.00 off your next purchase and be the first to know about Dreamtour's latest promos!